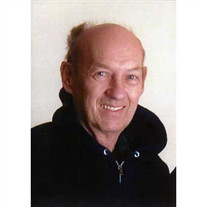 Daniel William Polasik was born to Stanley and Frances Polasik on May 6, 1927 in Chicago, Illinois. Along with his sister Rose and their brothers Floyd and David they lived in the large Polish community on the north side of Chicago. Daniel's father, Stanley, died when Daniel was just a baby, leaving the family to struggle through the depression. Daniel was the last of the four siblings.Immediately after high school, Daniel was drafted to serve in the US Army where he served as a Radio Repairman in Germany and was honorably discharged two years later. Shortly after, Daniel met Eleanor Elsa Johnson and married her a year later on August 21, 1948. They started their marriage living with Eleanor's mother in Chicago. Their first child, Stanley, was born in 1951 and their daughter Susan was born in 1955. After Susan's birth, Daniel and Eleanor decided to relocate with their two children to Lombard, Illinois to raise their family. Daniel and Eleanor enjoyed annual fishing trips to the Polasik cabin in Hayward, Wisconsin every year for as long as their kids can remember. They loved to travel throughout the USA and Canada. Daniel worked construction and odd jobs until he found work at International Harvester where he remained for 31 years. Daniel and Eleanor resided in Lombard until 1983 when Daniel retired from International Harvester at the age of 55. After retiring, Daniel and Eleanor moved to Leesburg, Florida where he could continue his long love affair with fishing and using Florida as a base to avoid the snowy weather. There he took care of his ailing brother, David, until his passing. Daniel and Eleanor both loved entertaining family and friends, introducing them to the sights of Florida, which they truly loved. Daniel is preceded in death by his beloved wife Eleanor and his siblings. Daniel's legacy lives on in his children, grandchildren and great-grandchildren that are located throughout the United States in Arizona, Delaware, Florida, Illinois and Ohio.Daniel's final resting place is beside his beloved wife, Eleanor, in Mount Emblem Cemetery, Grand Avenue & County Line Road, Elmhurst, Illinois 60126. Visitation at the Pedersen Ryberg Mortuary, 435 N. York St., Elmhurst on Wednesday, July 20, 2016 from 9:00 a.m. until time of Funeral Service 11:00 a.m., followed by Interment. For info 630-834-1133

Daniel William Polasik was born to Stanley and Frances Polasik on May 6, 1927 in Chicago, Illinois. Along with his sister Rose and their brothers Floyd and David they lived in the large Polish community on the north side of Chicago. Daniel's... View Obituary & Service Information

The family of Daniel William Polasik created this Life Tributes page to make it easy to share your memories.

Daniel William Polasik was born to Stanley and Frances Polasik...

Send flowers to the Polasik family.