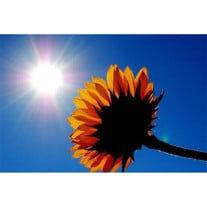 Margaret (Peggy) Phipps Darr, age 98, of Rogers, Arkansas, passed away on August 17, 2019. Born on January 4, 1921, Margaret was the younger of two children born to Dr. O. A. and Gertrude Peck Phipps. Margaret was raised in Manteno, Illinois, where she graduated from Manteno High School. She received a Bachelor of Science degree in Home Economics (1942) from the University of Illinois where she met the love of her life, Milton Freeman Darr, Jr. Margaret and Milton were engaged on December 6, 1941, the day before the attack on Pearl Harbor, and married on January 27, 1945, shortly after Milton's return from serving as a Major in the U.S. Army Air Corps 83rd Bomb Squadron in the European and Pacific Theaters. During and shortly after WWII, she taught high school English and home economics and worked for Marshall Fields Department Store in Chicago. Margaret loved people and to socialize, and she was happiest when helping others. Peggy was always an unselfish giver of her time, love, charity, and wisdom to her family, friends (she had many), and numerous community and charitable organizations. Some of her commitments include her volunteerism at Elmhurst Hospital where she served patients for over 35 years and was as an active member and officer of the Elmhurst Hospital Guild; her lifelong membership in Delta Delta Delta Sorority including serving as President of the Chicago Area Delta Delta Delta Alumnae Association; her role as founding member of the Women's Board of Northwestern University; her involvement as Past Member and Officer of Women's Rotary and Rotary Paul Harris Fellow; her role as Past member Women's Board Union League Boys & Girls Club; and she loved to be involved with her bridge and dance clubs. Margaret will be remembered for her fun-loving approach to life, her great sense of humor, and her insightful wit. Peggy always had a warm, loving smile and although petite, she had an indomitable spirit and a positive attitude that carried her through both joyful and difficult times. Most notably, Margaret continually put the needs of others ahead of her own, even in her final days. She was always extremely proud of her family and it was the most important part of her life. Her family gave her great joy! She gave her time and love unselfishly to her family, and she remains the greatest source of admiration, inspiration, and love for them all. Margaret was the devoted wife for over 67 years of Milton F. Darr Jr.; loving mother of Alan Phipps Darr (Mollie) and Bruce Milton Darr (Linda); loving grandmother of Brandon Bruce Darr (Susan), Tanner Ryan Darr, Owen Alan Fletcher Darr (Ashley), and Alexander Phipps Darr (Grace); great grandmother of Fletcher Ryan Darr, Hadley Margaret Darr, Tayla Emarie Darr, Orin Paul Darr, and Eli James Darr; dear sister of Ogden Allen Phipps (deceased); and aunt and great aunt to many nieces and nephews. A visitation at Pedersen Ryberg Funeral Home (435 North York Street, Elmhurst, Illinois) will be held on Saturday, August 24, 2019 from 9:30 am until 10:30 am with a service following at 10:30 am. Entombment at Acacia Park Cemetery will follow. In lieu of flowers, memorial contributions to the Tri Delta Foundation (14951 N. Dallas Parkway, Suite 500, Dallas, Texas 75254; 817-633-8001) would be appreciated. For more info 1-630-834-1133 or www.pedersenryberg.com.

The family of Margaret "Peggy" Phipps Darr created this Life Tributes page to make it easy to share your memories.

Send flowers to the Darr family.