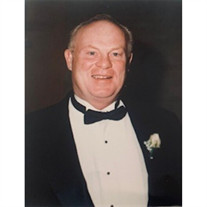 Robert (Bob) Hener 83, of Bensenville, IL.  Beloved husband of the late Lavergne, Loving son of the late Robert Hener and the late Alma (late Ed) Fritz. Dear Father of Heidi (Jeff) Reed, Bobby (Megan) Hener, Grandfather of Diana Reed, Matt Reed,  Bret Reed, Grace Hener, Madalyn Hener. Uncle to many nieces and nephews, friend to many even though he didn't realize how loved he was by them. Bob was a very humble man.  He would put other's needs, in front of his own.  He would never talk about himself; he'd always be the person just listening when needed.  He played basketball, baseball, wrestling, football and swimming at Austin HS.  He played Semi-Pro Football for the Joliet Professional Football Club, while in the army he played for their football team, Center on offense and Line Backer on defense.  Their team went on to play in the Championship Game in Europe (1957).  Yet you would never know, as he never would boast about himself. Visitation Monday Jan 24, 2022 from 10:30 until service time 11:30 a.m. at Grace Lutheran Church 950 S. York Road, Bensenville, IL 60106 Interment Montrose Cemetery, Chicago, IL In lieu of flowers memorials to Transitions Care 1551 Bond Street, Suite 143, Naperville, IL 60563.  Arrangements by Pedersen Ryberg Funeral Home 630-834-1133

The family of Robert J. Hener created this Life Tributes page to make it easy to share your memories.

Send flowers to the Hener family.