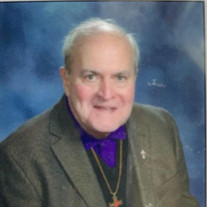 Thomas Joseph Nolan passed away Saturday May 28, 2022. He was preceded in death by parents Thomas and Catherine Nolan; wife Kathleen; parents in law Maisie and John Buckley. Tom is survived by his wife Margaret Mary (Mimi); his children Shea (Irene), Sharyn (Ken), Sean (Emily), Sheila (Don), Senan (Erin), and Siobhan; stepson Peter; sister Kathleen ( the late James); Grandfather to Avril, Thomas, Liam, Patrick, Maisie, Jasper, Kathleen, Sophia, Julia, and Bridget. Born in Chicago, IL in 1945, Thomas spent his early years in ‘the south side’. His father died when he was only 4 and Thomas was raised by his mother, grandfather, Iron Mike, and his big sister Kathleen. Thomas attended Leo High School and graduated with a bachelor’s degree in marketing from St. Joseph’s College in Rensselaer, IN. Thomas met Kathleen during high school. They fell in love and were married in Chicago, IL on June 7, 1969. They were blessed with six children spread over 19 years meaning that there was at least one teenager in his house for over three decades! Thomas excelled in sales and worked for over 30 years in the manufacturing industry. Thomas was called to serve as a deacon in the Catholic Church and was ordained in Joliet, IL in 1988. Thomas performed baptisms, weddings, and funerals at the parishes he served. He ministered to the sick in his communities and was well known for his brief homilies, particularly before a Bears game. Kathleen passed away in 1995 after battling breast cancer while living in Davenport, IA. Thomas and the children moved back to Elmhurst, IL where Thomas joined the parish at Mary Queen of Heaven. Thomas was lucky to meet Margaret Mary (Mimi) while serving as the deacon at Mary Queen. Thomas and Mimi were married on September 4, 2011 in Elmhurst, IL. They spent 11 wonderful years together serving the Mary Queen of Heaven community before enjoying a well earned retirement. Visitation Wednesday, June 1, 2022 from 3:00 p.m. to 8:00 p.m. at Mary Queen of Heaven Catholic Church, 426 N. West Avenue, Elmhurst, IL with additional visitation at the church on Thursday, June 2, 2022 from 9:00 a.m. until time of Funeral Mass at 10:00 a.m. .Interment Queen of Heaven Catholic Cemetery. In lieu of flowers, memorials to Mary Queen of Heaven Church (mqelmhurst.org) or the American Cancer Society (cancer.org) are appreciated. Funeral care entrusted to Pedersen Ryberg Funeral Home 630-834-1133 or pedersenryberg.com

Thomas Joseph Nolan passed away Saturday May 28, 2022. He was preceded in death by parents Thomas and Catherine Nolan; wife Kathleen; parents in law Maisie and John Buckley. Tom is survived by his wife Margaret Mary (Mimi); his children Shea... View Obituary & Service Information

The family of Thomas J. Nolan created this Life Tributes page to make it easy to share your memories.

Send flowers to the Nolan family.